From Cutbacks to Catherine Wheels… Night Surfing at North Fistral.

Every year the UKPSA (UK Pro Surf Association) stop off at Newquay’s ever-consistent Fistral Beach, the hub of Cornish surfing; only this event is like no other surf contest held in Europe. As you might have gathered from the title of this blog, athletes surf their way through their heats in the afternoon and in to the late hours where, under the inky blackness of night, the winner will be crowned.

We downed creative tools and (literally) rattled straight up the A30 in Louise’s 1982 Austin Mini Van. The event had already kicked off at 4 o’clock that Friday afternoon with the preliminary rounds getting underway. Conditions looked good despite a slightly brisk onshore breeze and a looming cast of ugly grey clouds. At around mid-tide at 6:30pm the sets started to stand up a little bit more enabling the spectators to indulge in more of the energy that surfing has to offer. 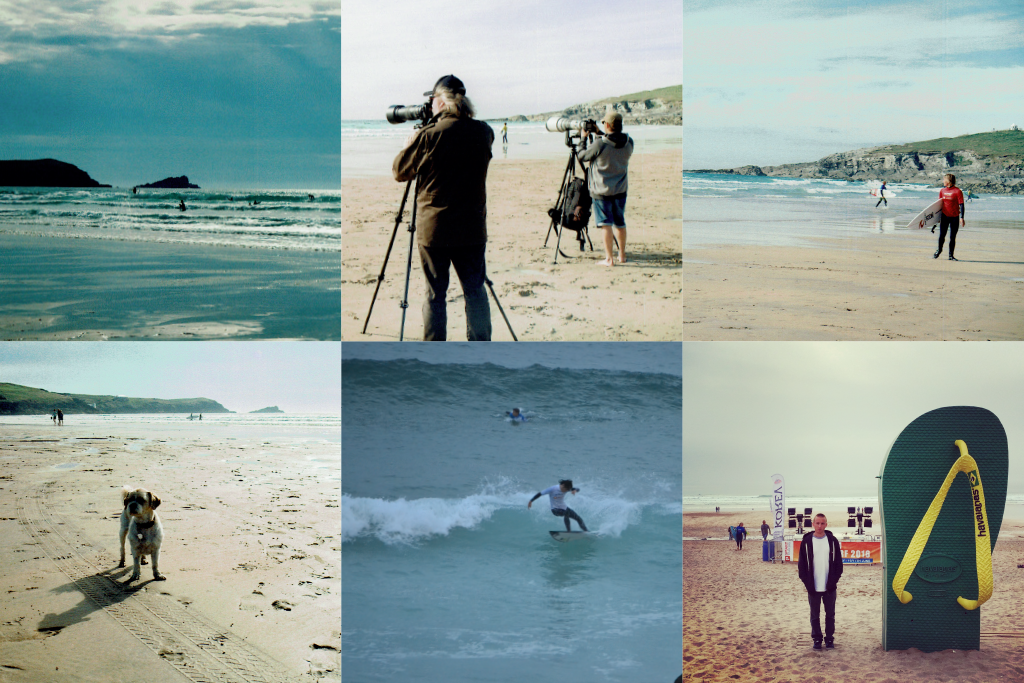 After washing down some food with a quintessentially Cornish pint of Korev and a fruity pint of ‘Apple Slayer’ from the Cornwall Cider Co. we decided to set up camp for the night in the back of the van. After a lot of vigilance and a spot of luck, we scored an extremely rare parking spot on the front of the beach. It was quite a sight seeing the tiny Austin van squeezed in among various models of VW Transporters and Ford Transits. Arguably, the van turned more heads than some of the surfers in the contest. Now we had our spot, there was only one more thing left to do… take our shoes off, get in the van and pop the kettle on… Obviously. 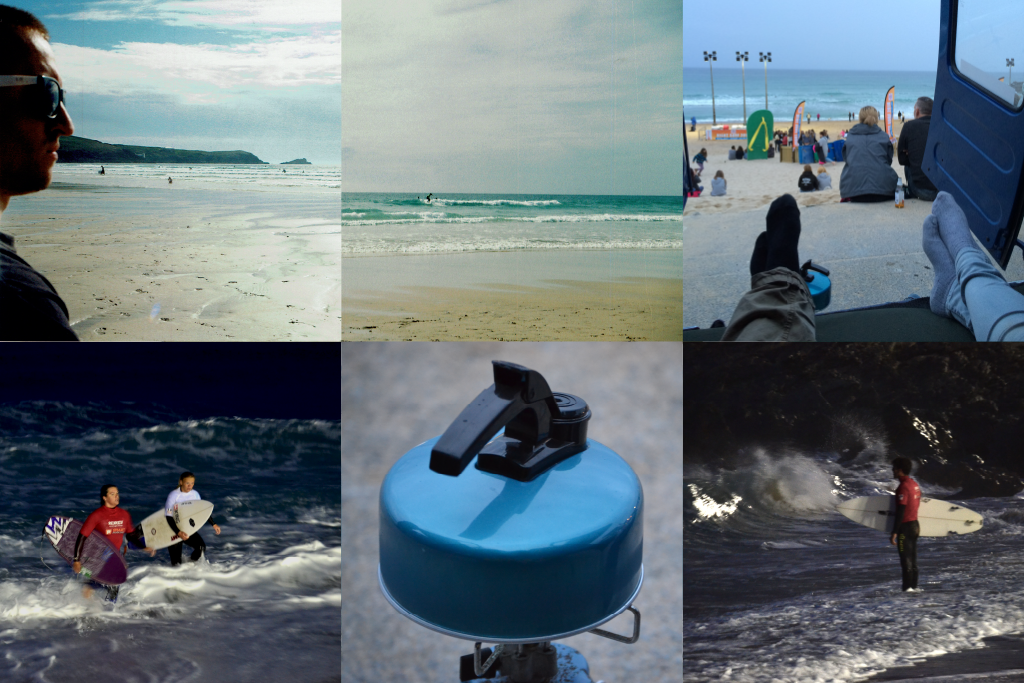 As the heats passed and the tide rolled in, the spotlights slowly rose to illuminate the shoreline. Spectators lined the balconies of the overlooking bars and restaurants to watch the night heats begin. Unfortunately, the high tide had limited the surf somewhat to a dumpy shorebreak with occasional waves breaking further out, making the remaining heats somewhat tricky. I had to admire the confidence of the guys and girls competing knowing they could get a maximum of about 3 moves in on a wave before they hit the sand.

Fast forward to Saturday, the night of the men’s final. The day had been a repeat of the previous evening only Saturday probably had less swell and a light rain descended for the final heats, but people weren’t deterred. The contest continued until it’s inevitable end where a ceremony of runners up and winners was held at the top of the beach. Bude local, Jobe Harriss grabbed third place while Newquay resident Luke Dillon secured second. The fourth and first place spots were held by the Ash brothers, both from Bude, Joss got fourth place and Reubyn clinched first place. The finalists were given their medals and the winners were presented with a trophy for their efforts. The crowd counted down to an incredible firework launch to round off the night and put a rather appropriate full stop to the event. We’ll definitely be attending for years to come if this one was anything to go by! Until next time… 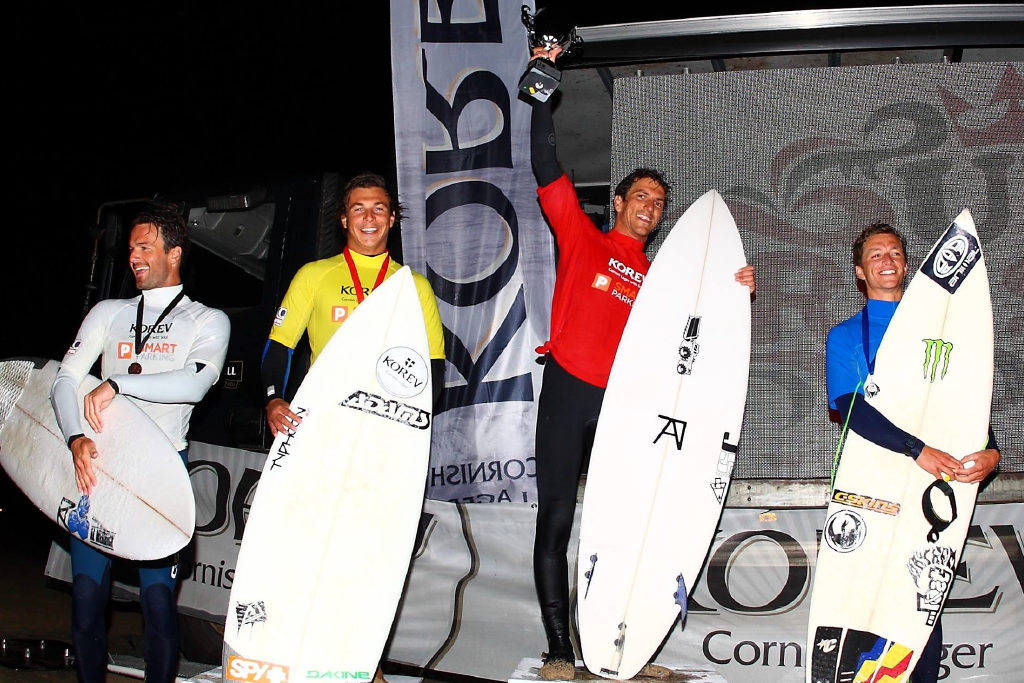 Categorised in: Uncategorized
« A little surprised he still said ‘I do’…
Only a few days to go until Rio 2016 »